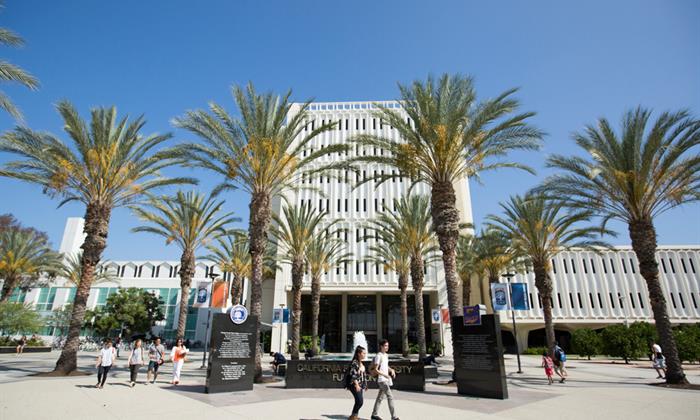 CSUF athletic teams compete in Division I of the NCAA and are collectively known as the CSUF Titans. They are members of the Big West Conference.

CSUF’s academic departments and programs are organized into eight colleges:

Health insurance is required of all full-time degree, resident, and international students with F1 and J1 visas.

In order to meet health insurance requirements for international students, Cal State Fullerton requires all students to purchase the Aetna Student Health Plan provided by JCB Insurance Solutions. You may not be able to register for classes without purchasing your health insurance.

Living on-campus:  On-campus housing is available on first-come first-served basis for undergraduate students. International students should check out their dedicated website. Students should begin applying as soon as they start their exchange application!

On-Campus Housing allows you to meet other students, practice English and learn more about American culture.

Cost: starts at $10,096.00 per semester*
*Students living in residence halls must also purchase a meal plan please visit the website for more information.