As a MICEFA student you have access to our great excursions provided throughout the semester!  A listing and description of the upcoming excursions are listed below.  If one of the excursions interests you, you can sign up directly via the website using the sign-up form at the bottom of this page! 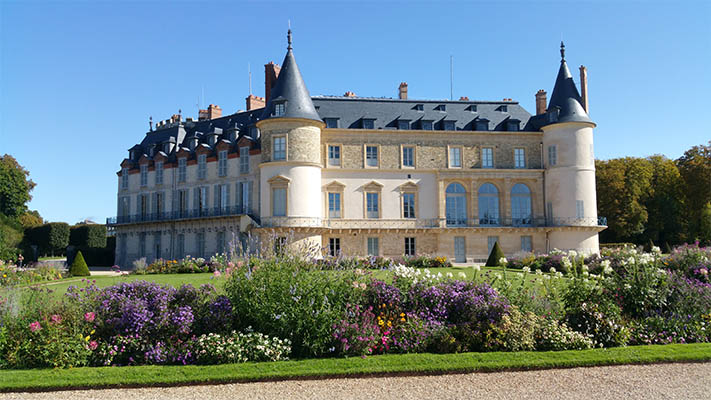 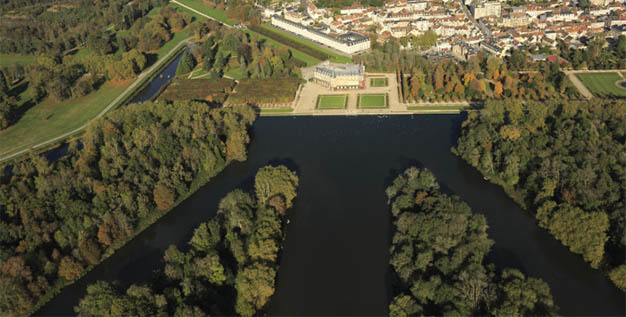 Included in the “Centre des monuments nationaux” in 2009, the “Domaine de Rambouillet” is famous for its chateau, the first construction of which dates back to 1345.

A modified 14th-century stronghold at the heart of the Rambouillet forest. This royal residence, which welcomed, notably, François I, the Count of Toulouse, the Duke of Penthièvre, Louis XVI and Marie-Antoinette, Napoleon I, and many more. The royal residence then became the official residence of the presidents of the French Republic in 1883. In the park, you can find the Queen’s Dairy and the Shell Cottage. The Queen’s dairy was created to amuse Marie-Antoinette.

In the part of the park with the English garden, stands the cottage built by the Duke of Penthièvre for the Princess de Lamballe. Its unusual decoration is made from shells and chips of marble and mother-of-pearl.

The royal estate is now open to the public and used at intervals to receive heads of state invited to France. It contains some magnificent examples of interior decoration, such as the marble chambers, the rococo decorations in the Marie-Antoinette apartments or those used by Napoleon in neo-Pompeian style. It is surrounded by a formal garden, canals and five islands.

This trip is mandatory for CSU IP.

For other questions or to reserve your spot, please sign up below or come to the office. Your payment will make your reservation final.

RDV: 8h10 at Gare Montparnasse
Meet at the top of the escalators on level 2 (main train level Grandes Lignes) - Hall 1

Train Departs around 8:30 am

Arrival at Rambouillet: around 10 am
Bring a light picnic lunch!
Guided tour of domaine: 10h45

Followed by free time to picnic and explore the grounds and castle.

Return to Paris: train with staff TBA or on your own - direct trains leave every hour 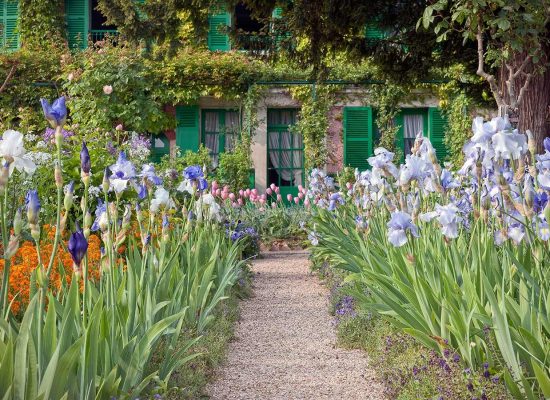 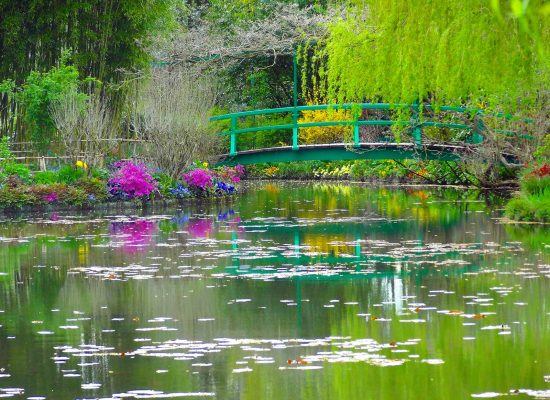 Claude Monet lived for forty-three years, from 1883 to 1926, in his house in Giverny. With a passion for gardening as well as for colors, he conceived both his flower garden and water garden as true works of art. Walking through his house and gardens, visitors can still feel the atmosphere which reigned at the home of the Master of Impressionism and marvel at the floral compositions and water lilies, his greatest sources of inspiration.

Trip includes: Private coach transportation to and from Giverny, as well as entry to Monet’s house and gardens.

This trip is mandatory for CSU IP & for students enrolled in MIC 220 – 19th century French Painting: Impressionism and Beyond.

For other questions or to reserve your spot, please sign up below or come to the office. Your payment will make your reservation final.

10:30am: Entrance to the Foundation Claude Monet to see Monet’s house.
Free time to visit the gardens and surrounding village.
Lunchtime: All students must bring a picnic lunch or buy food on site. 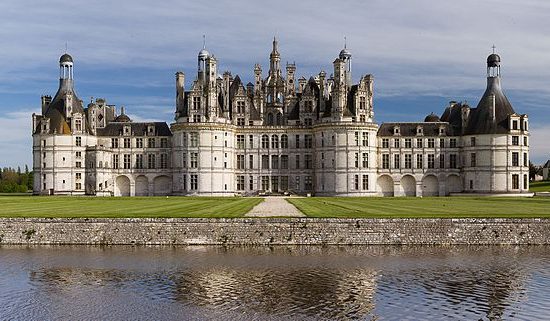 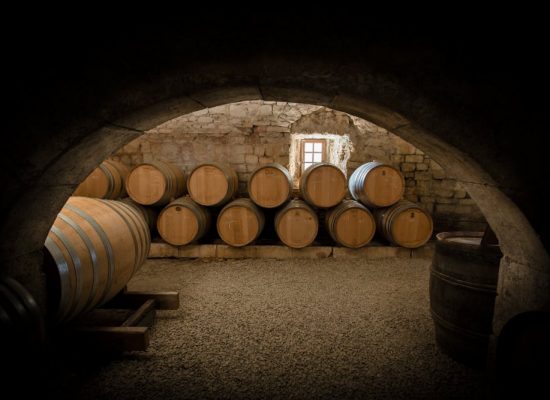 Get ready for beautiful castles and bountiful vineyards — join us in March as we sample some of what the Loire Valley has to offer.

Our first stop will be to the Château de Chambord. The largest château in the Loire Valley; it was built to serve as a hunting lodge for Francis I. It is also one of the most recognizable châteaux in the world thanks to its distinctive French Renaissance architecture and its skyline of chimneys. The spectacular double-helix staircase is the centerpiece of the château. The two spirals ascend the three floors without ever meeting, illuminated from above by the highest point of the château.

Pack a picnic lunch or eat at the castle food services.

After lunch, the group will hop back on the bus for a trip to the Domaine du Croc Merle. This winery, dairy, and farm has been passed down from father to son since 1794. You’ll be able to discover the wine making process, tour the creamery and, of course, sample some excellent wine & cheese!
Trip includes: transportation to and from Chambord, entry to the Chateau and wine & cheese tasting.

This trip is included already for CSU IP and UParis Miami students. For other questions or to reserve your spot, please sign up below or come to the office. Your payment will make your reservation final.

10:30 am: Arrive at Chambord Castle and free visit Explore the Grounds & Lunchtime: every student has to bring a picnic lunch or buy food on site

2:50 pm: Bus leaves promptly from Chambord to go to the wine tasting 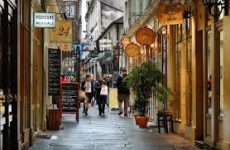 Come learn about one of Paris’ great neighborhoods on a free walking tour. Discover the streets of Ile Saint-Louis and the quartier Saint-Paul.

For other questions or to reserve your spot, please sign up below or come to the office. 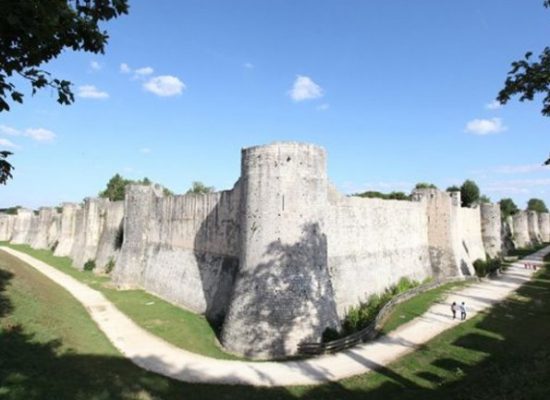 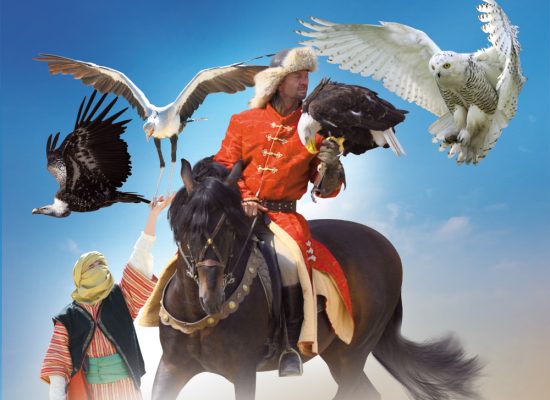 Provins: The Medieval City! Take a trip back to the middle ages and explore the city’s medieval atmosphere. Check out the magnificent ancient sites, such as the Tour César, a 12th century landmark that’s still standing to this day. Included in the trip is Les Aigles des Remparts, an impressive falconry show featuring well-trained rescue birds in a choreographed spectacle!

For other questions or to reserve your spot, please sign up below or come to the office.

(Trip is included for CSU-IP students.)

NB: For paid excursions you place is not fully reserved until you go to the MICEFA office and pay!