University of Paris, a new university created in a fusion of Paris 5 and 7 universities, is a French university located in Paris, France.

The University of Paris is located in the center of Paris on the Seine River The university is conveniently located on public transportation lines:

UParis allows students to take 2 classes in French as a foreign language.  They have an extensive FLE department.  This is a great choice for students working both on French and on other subjects. 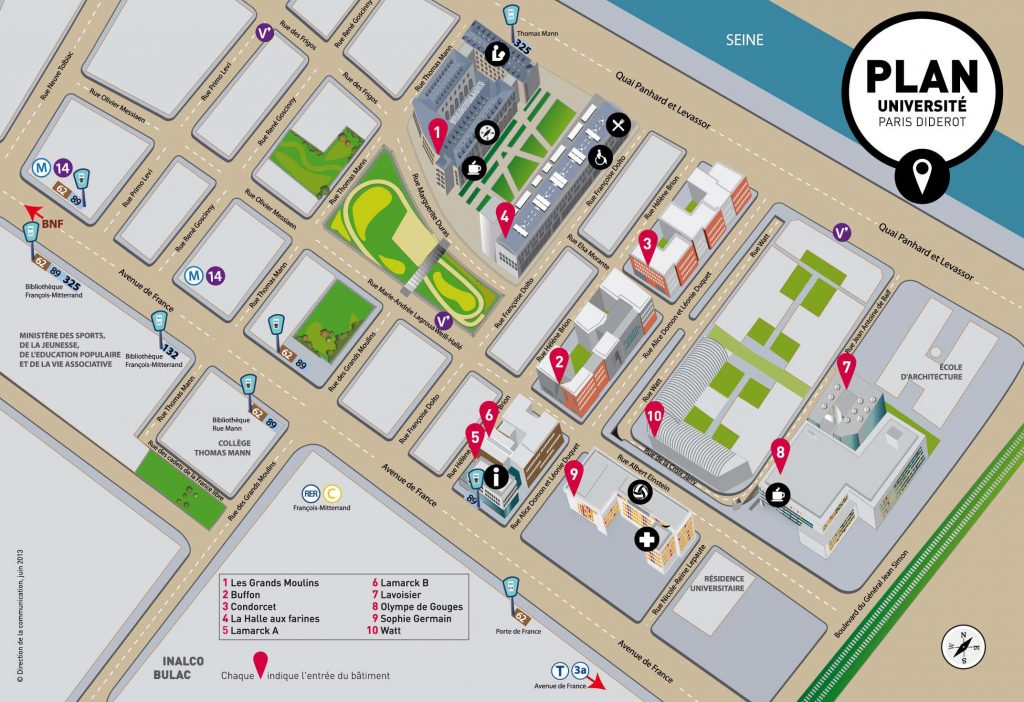